Cross-over to The Dark Side 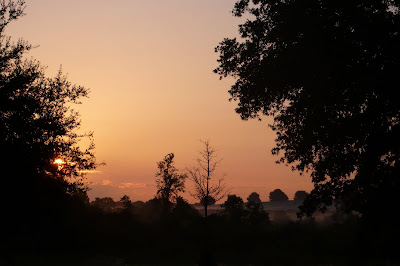 Libraries are dangerous places and the new library in Leesburg is the darkest of them all - why? It has a Florida books section which includes a shelf with real life crime stories that happened in Florida.

"The Mulberry Tree": The setting is the small phosphate mining town of Mulberry in Central Florida in the sixties. Victim: a young man who was nowhere near the first bank robbery, does not look like the real bank robber and is already in prison when the second bank robbery happens. The story how he was vindicated is told in this book. Are you surprised that the robberies were planned by two Mulberry policemen?

"The Embrace" is the story of a gruesome double murder in Eustis in Lake County. 1996.Sheriff George Knupp, 4 times elected, insists on a second grand jury for the 15 year old daughter of the murder victims who, he believes, instigated the killings. Later, the same sheriff is accused of perjury in a different case. One of his detectives is accused of "making" a victim of road rage into the agressor.

In 2008, Knupp runs again for sheriff. I was relieved to find out that he received only 5 % of the vote, exactly 5 % too much. The present sheriff's first word in his motto is 'integrity'.
Posted by Advisor at Friday, August 28, 2009