We took a tour to see the highlightsof Manaus.
Since its heyday was over 100 years ago during the rubber boom, Manaus has sunk into poverty and is only now rising again. The city builds apartments for slum dwellers and has transformed one former favela (slum) into a park.
This manion was built by a German rubber baron and is now a government building. 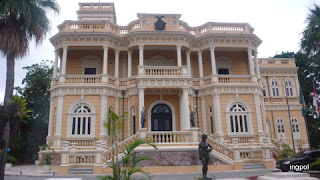 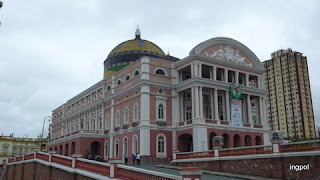 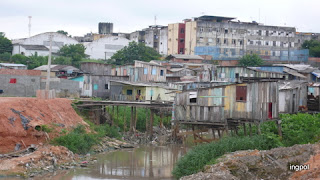 The city seen from the river. The Azamara Journey is a sister ship of the Regatta. 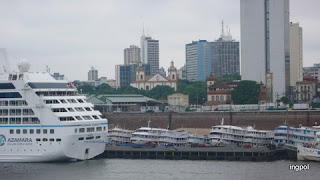 All city streets were choked with traffic. 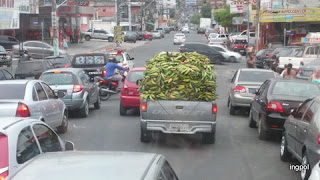 These young guys are on their way from the city market to the river where boats are loaded. 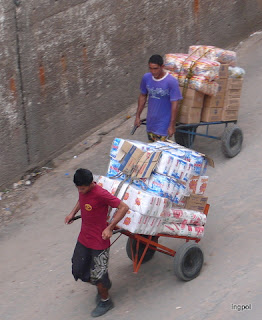 If you look closely at the left, you can see the underpass the young guys are using to get to the river. 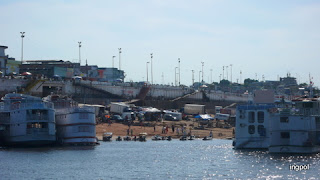 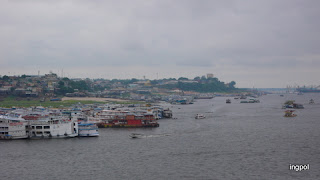 In the rainy season, the river rises up to the black line. 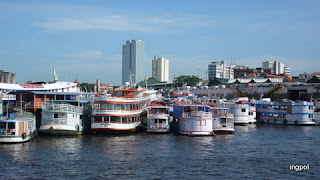 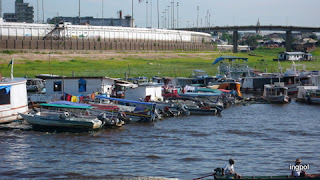