Railroad Tracks from the Air 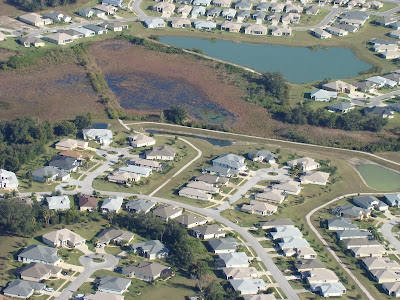 The railroad tracks were laid across the wetlands. The position of two previous bridges is visible. 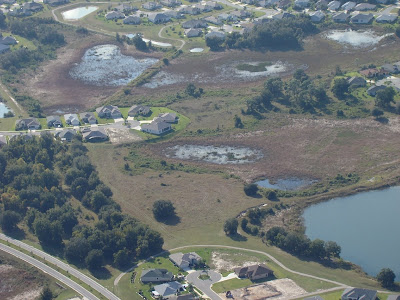 The tracks then continued into what is now the woods, but was pasture or orange grove before. The orange groves are still visible on older satellite photos. They were probably given up in the freezes of the nineteen eighties. The railroad tracks did not run alongside the present woods, but inside. The row of trees at the edge lines the tracks.
Posted by Advisor at Thursday, December 11, 2008