King's Wharf is at the very tip of the fish-hook. It used to be a horrible penal colony where prisoners lived on rat infested ships and were forced to shovel coal into steam ships. Today, King's Wharf has a shopping mall with lots of craft stores, and the governor's house is a museum. 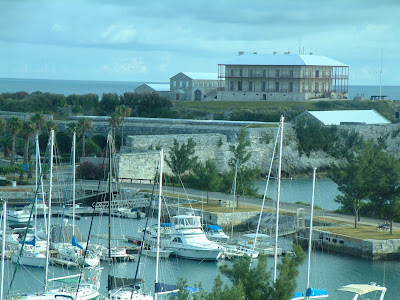 Large cruise ships can dock here. Their passengers have to take a lengthy bus ride into Hamilton or take the small ferry across the bay. 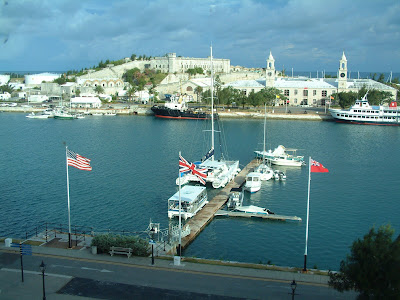 We were saved from shopping because the entire island had lost electricity in the early morning due to a fire in the power company. I had actually seen the billowing black smoke over the roofline of Hamilton. Since all transactions had to be made without the automatic cash register, I only bought a cedar wood barrett, paying cash. 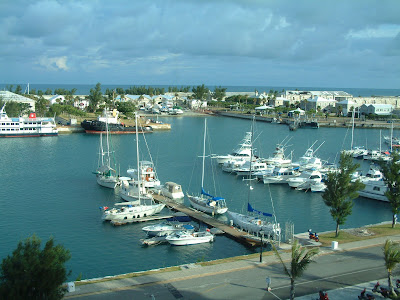