Before
It happened yesterday, on July 15, 2009: I saw my first space shuttle launch live. From very far away, I admit, but it was live! This photo shows our backyard with the faint line of a vapor trail left by a plane. 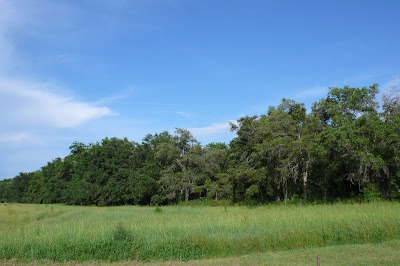 During
Endeavour is heading from the woods to the clouds. You can only see its contrail (= vapor trail). 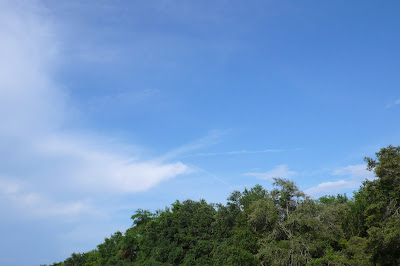 After Endeavour has disappeared into the sky.
A plane from Orlando leaves a new vapor trail underneath he old one and above the contrail left by Endeavour. 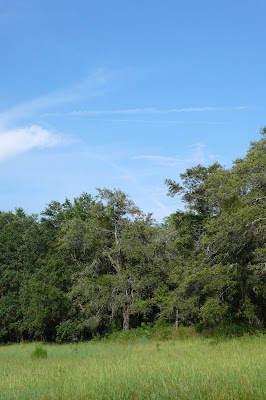