South Pacific and Polynesia are often synonymous with Tahiti. 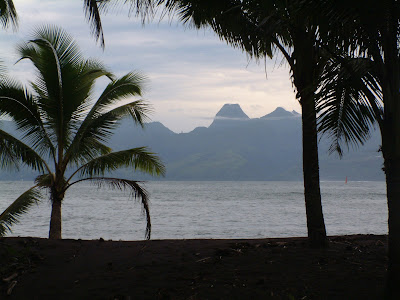 At the airport, the perfume of the islands permeates the air - because Polynesian beauties hand Tahitian gardenias to arriving passengers. 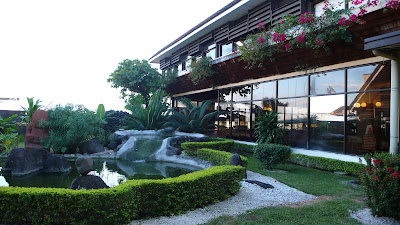 The road to downtown Papeete turns out to be clogged in commuter traffic, but the view of Tahiti's sister island Moorea calms frazzled nerves. 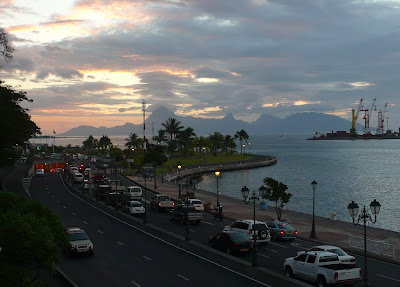 Papeete, capital of French Polynesia, seen from the mountain behind the city. 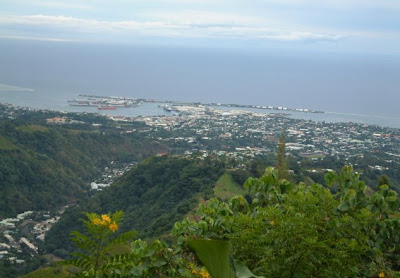 Singing in a church choir is an integral part of a Polynesian woman's life. 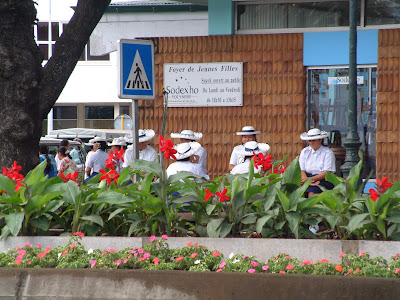 Hanging out on a bridge with the guys is a favorite pastime. 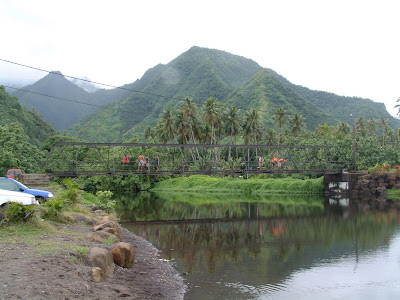 These kids revitalize the old games of coconut toss and coconut race under the guidance of village 'elders.' 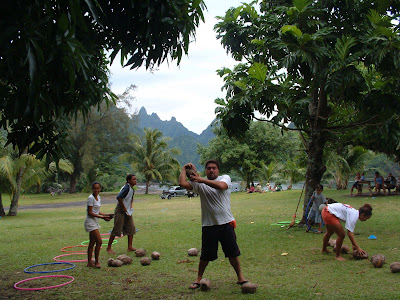 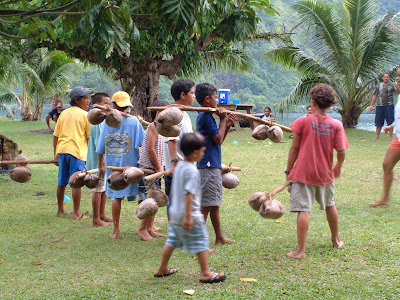 Papeete's market is popular with locals and tourists. 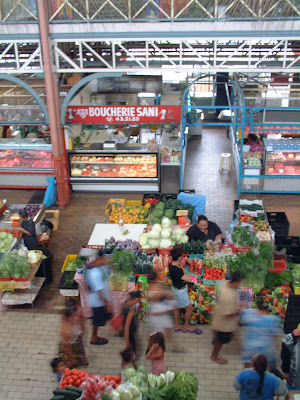 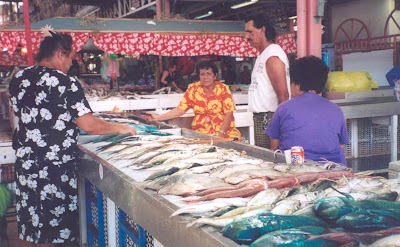 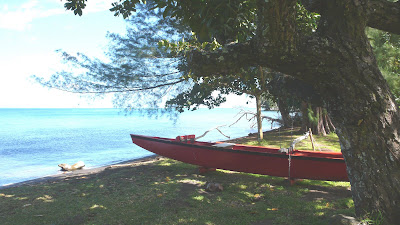 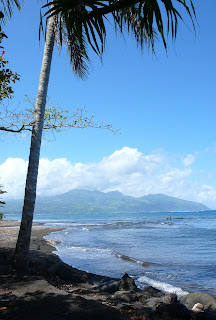 Locals and tourists alike have dinner at the Roulottes in Papeete's ferry harbor. 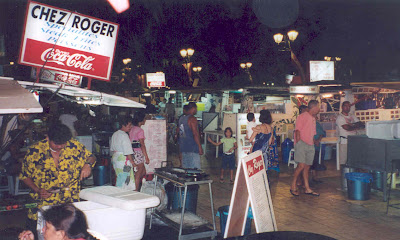