St. Barths is a haven for millionaires, stars, and wannabees. Prices reflect this. A small evening bag sold for 600 Euro. The same bag cost 249 US Dollars on our cruise ship. 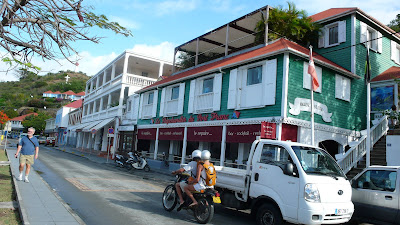 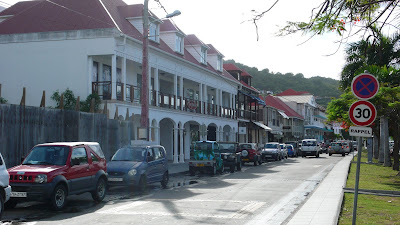 While garbage was abundant in the streets of Basseterrre, St.Kitts, spic-and-span St.Barths looks clean and pristine. The only garbage I could find was a champagne cork ... as it behoves this island. 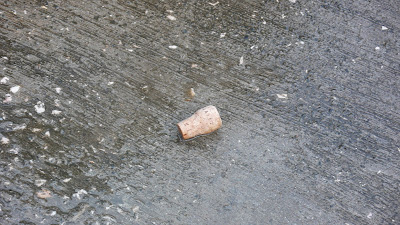 The fort is the gendarmerie's home. 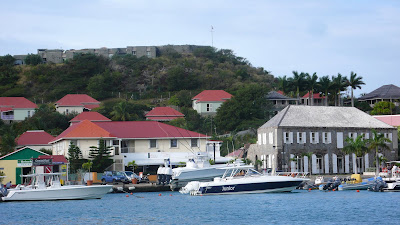 Traffic is horrendous. I was lucky to catch a moment where I was not likely to be overrun by a vehicle. 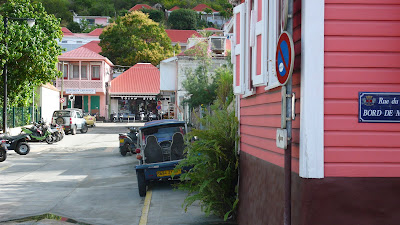 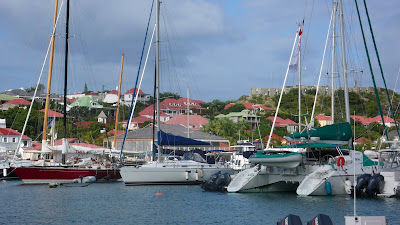 The last traditional street. Before St. Barths became the place to be seen, it was a French pirate's hide-out and a home to scrappy farmers from Normandy. Then it was sold to Sweden which made St. Barth into a free port that resupplied the many ships at wars between Spain, France, and England. It was also the place to sell loot. The island is too dry to grow sugar which meant that it never had a slave culture and could not share in the riches grown on the other islands. 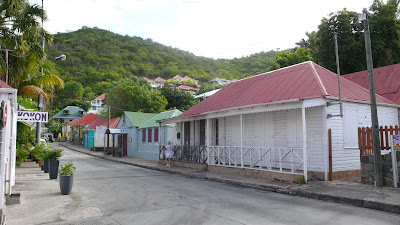 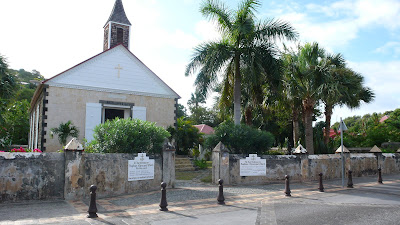