Omoa Bay in Fatu Hiva was our first stop on this lush southern island whose name has become famous due to Thor Heyerdahl's adventure of living off the land with his young wife. Never mind that they almost died of hunger. There is obviously more to living in paradise than a bamboo hut in a frost free climate. 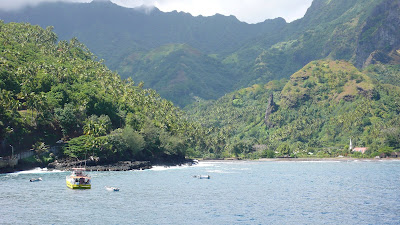 The landing is rough here and the wooden whaleboats have to be used because they are more stable than the flat bottomed barges.

Copra bags are the export. In addition, the islanders make tapa with traditional decorations and do bone and wood carvings. 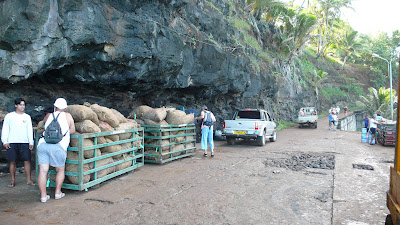 Look at the landing up close... 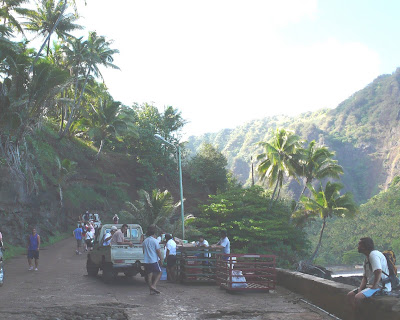 and from farther inland. The pier is carved out of the cliff. 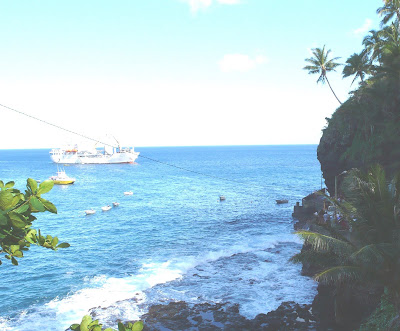 The new beer supply! There was a wedding while we arrived for which the beer must have come in handy. Look at their smiling faces. 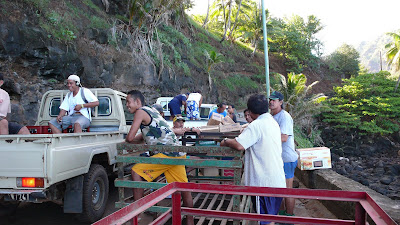 The Arnui3 seen from the road to the village. 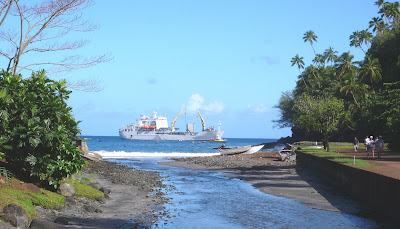 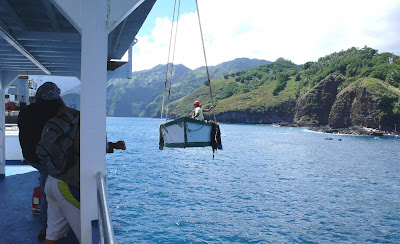 The whale boats are taken up after the tourists and freight are delivered. 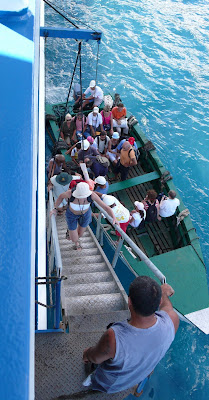 In Nuku Hiva, we used the aluminum landing boats which were easier to get in and out. They have a door on the side and can lower their front like a military landing vessel. 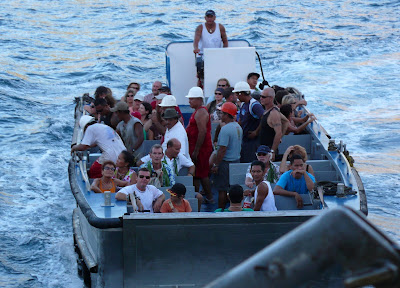