Due to the dry weather, Ua Huka's could alsmost be somewhere on the rocky shores of Brittany or Ireland. Waves crash against the rocks which are acutally inside the caldera of the ancient volcano. 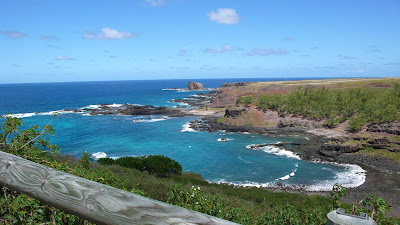 The blue of the Pacific tells you, however, that you are not at the shore of the steelgrey northern Atlantic. 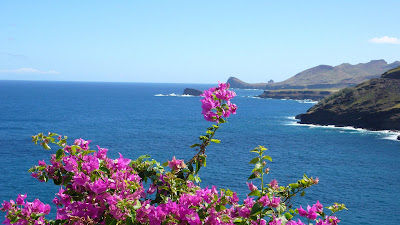 Hokatu Bay is where the road ends and where the carvers have set up their cooperative store. 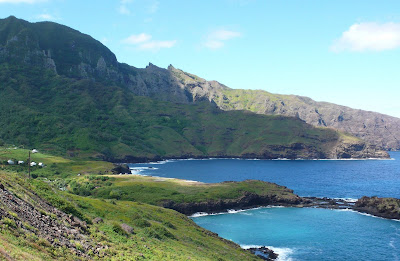 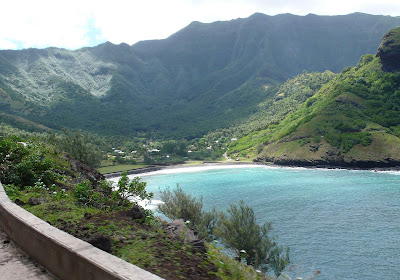 The beach in Hane Bay with Bernard, our guide, in a pink shirt. 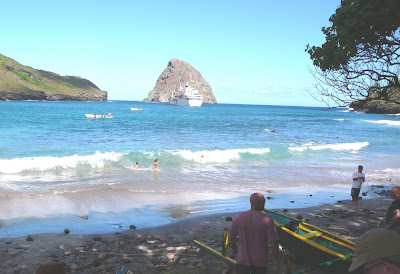 Since Hane Bay has no pier, we are taken out to the Aranui in whale boats. The surf is too rough for the flatbottomed aluminum landing boats. 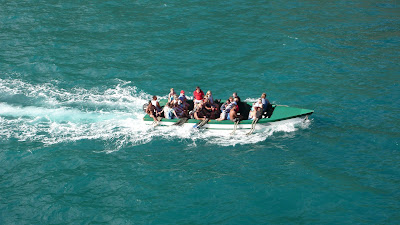 Another view of Hane Bay. 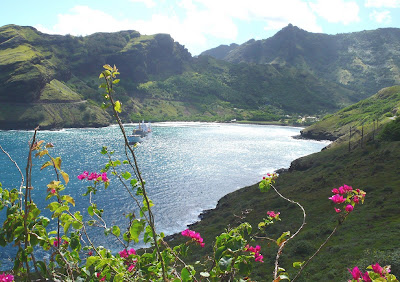 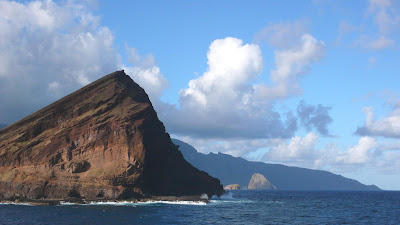 Bird island is a rocky outcrop where thousands of sea birds nest. they are protected from marauders of the four- and two legged kind. 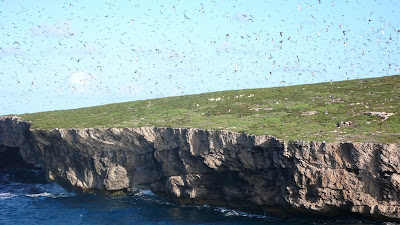